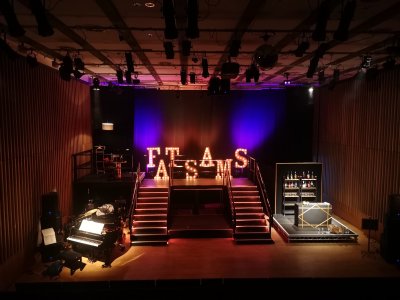 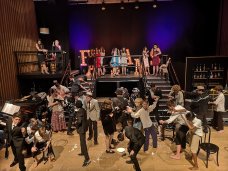 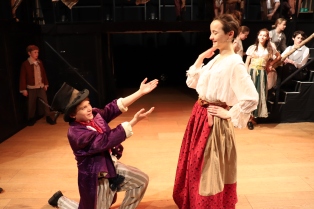 Once again the students at Portland Place have surpassed themselves. What an amazing show they have produced yet again! The fun, laughter, hard work, sweat and tears of dance, singing and acting rehearsals certainly paid off. What a privilege to work with a group of kids who have a genuine desire to do the best they possibly can, consistently and with such good humour. We could talk about the stand-out performances of so many people. However, the fact of the matter is that from backstage, all the way through the cast, every single student made this show what it was to watch; and what fun it was. The post show blues will be big with this one. However, there’s lots to look forward to in the coming years with many new developments and exciting projects. Well done everyone! We could not be prouder of each and every one of you.

The Pajama Game, on 11th, 12th and 13th February 2015, was a resounding success, and showcased the outstanding talent of the cast! Pictures to follow shortly.